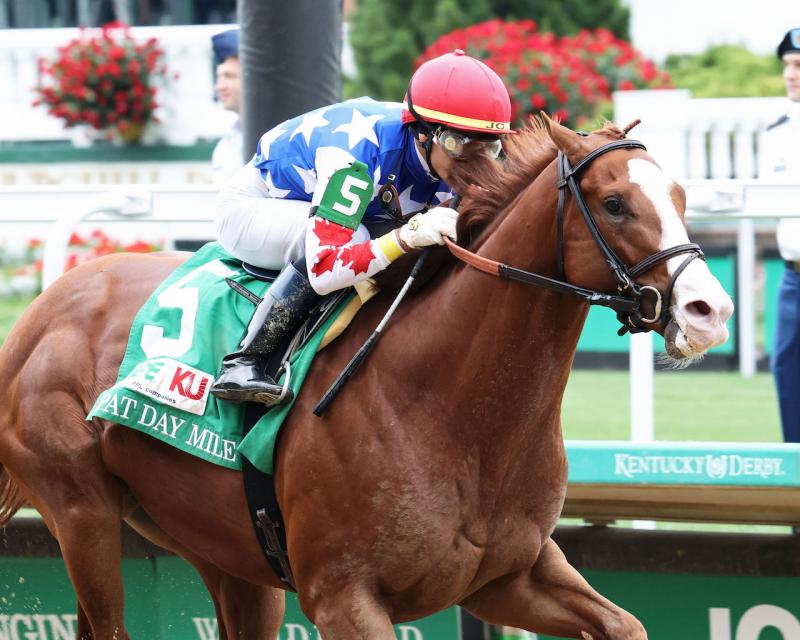 Castleton-bred undefeated Jack Christopher made a successful return to the races by scoring a 3 3/4-length victory over Pappacap in the 98th running of the $500,000 G2 Pat Day Mile for 3-year-olds on Derby Day at Churchill Downs.

Trained by Chad Brown and ridden by Jose Ortiz, Jack Christopher completed the mile on a fast track in 1:34.81.

Pappacap was fastest out of the gate and led the field of 11 through fractions of :22.70 and :45.61 with Jack Christopher in closest pursuit. On the far turn, Jack Christopher turned up the pressure and drew alongside at the head of the stretch and pushed by at the three-sixteenths pole and was not threatened in the run to the wire.

Making his first start since winning the Champagne (GI) in October, Jack Christopher made it three-for-three and boosted his career earnings to $621,400 with $291,400 coming Saturday.

Jack Christopher is by Munnings out of the Castleton mare Rushin No Blushin.